When Do You Stop Calling Yourself an Oleh Chadash? 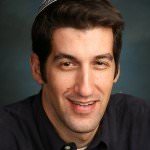 When do you stop referring to yourself as an Oleh Chadash?

It’s a good question, one that I am asked frequently and  one that I still ponder even in my 13th year of living in Israel. While I wish there was a concrete answer, like when do you qualify for an Israeli passport (after one year) it is really tough to pinpoint.  There are times when I really feel like an immigrant – like when I learned that a specific type of pencil case is required in elementary school (pronounced Kalmaaaaaar), when trying to make a pun in Hebrew, or whenever I go to the bank.  And there are many moments when I feel really at home, chit chatting with the check-out clerk at the supermarket and in the barber’s chair, gleaning life and political advice from my Moroccan barber, or sliding into the election booth.

If there was a moment when I realized that I wasn’t chadash – a newbie – it was actually on a very regular Shabbat a few years ago.  Perhaps you were like me – you grew up with a love for Israel from your synagogue and Jewish summer camp but really discovered a taste for Israel when you visited for the first time. I mean literally a taste for Israel – the shwarma, the fresh fruit, hot pita, schnitzel the size of your face, and the yummiest most refreshing ice cream consumed immediately after finishing any sweaty hike.

But there was one food that was like no other – and truly only consumed as a special Shabbat treat – Marzipan Rugelach.  Many have wondered at their secret; how they perfectly undercook it so it is soft; the delicate balance between chocolate and dough and how it is just two small bites but leaves that sticky chocolate stain on your fingers for a third nibble of delight.

Visiting Marzipan was a sort of pilgrimage, a rite of passage passed from one Anglo to another.  Blogs have been written about their charm and magic, bringing families together and ending diets.  Over time, they became a symbol of modern Israel, and a memento to take home to those who could not be “next year in Jerusalem” – and they knew to special wrap it so it would still be fresh and sticky for your loved ones in North America.

And that’s how I knew I wasn’t a visitor or a new resident. Having the ability to have Marzipan Rugelach everyday wasn’t the reason I chose to live in Israel – and I knew that because I stopped going.  Don’t get me wrong; they are still delicious and I still go to Shuk Machne Yehuda for adventures and sales and that special Erev Shabbat feeling, but slowly I grew into different Israeli experiences.  And I hadn’t even noticed that I had stopped craving the rugelach.

I was hosting some students for a Shabbat meal and they kindly brought a box of Marzipan for us, bragging about their “taste of the world to come”.  And as I listened to these young people speak about Itzik the Baker and the hordes of people pushing to get their kilo before they ran out – I leaned back and smiled that I was at a different experiential stage.  I can go to the Old City and Kotel any day I want.  I pass by the Marzipan bakery on my bicycle five days of the week. I get to drive on streets that are named after our judges in Tanach, commanders in the IDF, and rabbis of the Talmud – I get to do this not as something new or as a novelty, this is my everyday life; this is mine.  And at that thought, I stopped feeling like an immigrant but rather a true resident, at home and free in my land.  That feeling lasts until I went to the bank the next morning.

Click Here to Register for the Livestream Broadcast
Go to Top