Go Beyond North Picnic: Why One Family Keeps Coming Back

Home/NBN Employment Blog, Visions of Aliyah/Go Beyond North Picnic: Why One Family Keeps Coming Back 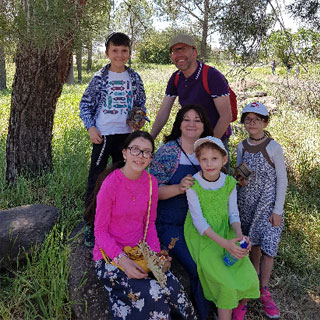 Dan Yanson, originally from Russia, made Aliyah from Scotland UK ten years ago in 2008. He lives in Haifa with his wife and four children and makes a point of attending the Nefesh B’Nefesh Go Beyond North picnic each summer where he connects with fellow Olim.

Why did you decide to make Aliyah?It’s an interesting story. My wife and I met in Russia. She made Aliyah while I moved to Scotland but we maintained a long-distance relationship for three years before I proposed to her. I flew to Jerusalem for my own wedding. After the wedding, I whisked my wife to Scotland, and we lived in Glasgow for another six years before we made Aliyah in 2008 with three kids. I was head-hunted by a company in California that was recruiting employees for a defense company in Israel. I was invited to Israel for an interview, and after all the clearances were completed, we made Aliyah.  We were blessed with another three children.

Why did you decide to settle in Haifa?My job was located just outside of Haifa. We looked at various places within an hour’s drive of my work – Carmiel, Maalot, Zichron Yaakov – but we decided there was no better place to live than Haifa. We found a unique community in Nvei Sha’anan, a religious neighborhood of Haifa, which is made up of a mixture of traditional Israelis and Russians. We are currently developing a religious Russian community of 20-30 families. Our children all attend the same school and there is an amazing feeling of unity. We have a community center where we run programs and Shabbatonim. My wife doesn’t speak much English so we gravitate toward a Russian-speaking community. My children speak English, Hebrew, and Russian.

What do you like about living in the North?When we first contemplated Aliyah, we envisioned only living in Jerusalem. And in fact, after we made Aliyah, I received a job offer in Jerusalem. But by that time, we were already happy and settled in Haifa, and didn’t think Jerusalem could offer anything that we weren’t already getting in Haifa. The housing was more expensive in Jerusalem, and we had built a great social life in Haifa. The city has everything you can possibly need – a hospital, facilities, amenities – and at the same time, it is easy to get out of the city. Just a short drive away, you find yourself in beautiful scenery. We use every opportunity to explore the North. Every Pesach and Sukkot, not a day goes by without traveling to a different place. We still haven’t run out of places to visit.

You have attended almost every Go-Beyond North Picnic in the ten years that you have lived here. What aspect of it do you enjoy the most?Each year, the picnic is better than the one before. We very much enjoy its location at the Hai Park Zoo in Kiryat Motzkin. It doesn’t matter how many times we go, my kids look forward to it every time. My children are interested in geology and biology and all kinds of living creatures so the Hai Park is a natural place for us to visit. At this point our kids could be tour guides themselves! The picnic is a great opportunity to witness first-hand how the Go Beyond-North community is flourishing and growing. We love seeing new Olim faces. The activities – the bubbles, water fights, arts and crafts – are highly enjoyable for the kids. I love the opportunity to catch up with old acquaintances at the picnic – and it doesn’t hurt that the food is great! It’s a tradition our family loves, and we look forward to many more picnics to come. 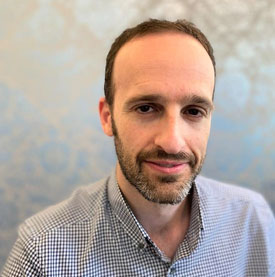