Aliyah: Euphoria and Beyond

Akiva Gersh, originally from New York, made Aliyah to Israel in 2004. Since 2007, he has been teaching Jewish History and Israel Studies at the Alexander Muss High School in Israel, where he guides visiting high school students through the story of the Jewish people, mainly through visits to historical, cultural, religious, and ecological sites around the country. Akiva is also a contributing blogger at the Times of Israel as well as a musician. In 2010, he created Holy Land Spirit, an uplifting and spiritual musical experience for Christian groups visiting Israel that fosters interfaith celebration, understanding, and dialogue. In 2017, Akiva published his first book Becoming Israeli (www.becomingisraeli.com), a compilation of blogs and essays about the experience of making Aliyah and acclimating to life in Israel. 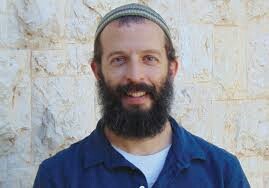 Making Aliyah was a euphoric experience.

On our Aliyah flight, I brought my acoustic guitar on the plane with me to make sure it didn’t get damaged with the cargo. When we landed, and my wife, Tamar, and I were about to get off the plane, it suddenly struck me that I should take my guitar out of its case and play a song in honor of this overwhelming once-in-a-lifetime moment. Without giving it any thought, “Am Yisrael Chai” burst from my lips and soul.

I had visited Israel many times before – mainly for my annual recharge that would give me the strength to live another year outside of Israel. This time, though, was different. There was no return ticket. I was about to begin the rest of my life in Israel; to plant my roots in the land; to change not only my life but the lives of my unborn children and grandchildren. I was a part of the world’s greatest and most miraculous migration.

Getting off the plane, I continued to strum and sing as I walked between two rows of IDF soldiers who had come to celebrate with us. Within seconds, they joined me in song. Our voices joined together, loud and proud, recognizing 2,000 years of Jewish history: Am Yisrael Chai. The people of Israel live.

That was 2004. Since then, life in Israel has been filled with many more emotional and inspiring moments: praying at the Kotel with thousands of other people, a nation standing together; hearing Eichah on Tisha B’Av with a small group of battle-tired soldiers on the Gaza border during Operation Protective Edge; hiking in the Negev in the middle of the night with only the full moon to illuminate the ancient desert floor; crawling through 2,000-year-old caves with my students, teaching them about Jewish strength and pride.

But there have also been moments of frustration like trying to explain to the Jerusalem Municipality that not paying Arnona (housing tax) for three years was unintentional, I just didn’t know that I had to, and therefore they should cancel my 5,000 shekel fine. Which they didn’t. Complicated moments like watching my children go off to gan (nursery school) even though they still didn’t fully understand Hebrew. Scary moments like moving my sleeping children into our protected room during an air-raid siren because of rockets coming toward our town from the Gaza Strip.

Living in Israel has been anything but stagnant, anything but monotonous. From walking in the middle of car-free streets on Yom Kippur, to delivering pizzas to soldiers on the Gaza border, to making embarrassing mistakes in Hebrew, to watching my five-year-old son stand up during a nation-wide siren to remember Israel’s fallen soldiers and thinking to myself, “He’s only five years old, and he already gets it.” The powerful and complex moments of a lifetime anywhere else in the world occur in just one month in Israel.

Coming to Israel made me a citizen of the first independent Jewish State in over 2,000 years. It also made me an immigrant – something I never would have imagined I would be, certainly not upon making Aliyah. My grandparents were immigrants. They left Poland for America in the late 1930s, a decision that saved their lives but also forever made them foreigners in a country that, to me, was simply home. As a kid, I didn’t fully understand my grandparents and, at times, was even embarrassed that they spoke differently, dressed differently, and acted differently from my friends’ fully American grandparents. Now I was the one speaking differently, dressing differently, and acting differently, trying to find and make my way in a country that isn’t supposed to be foreign (this is the Jewish State after all, right?), but in actual fact, partially is. While I was fulfilling my greatest dream of coming home, I was unfamiliar with many of Israel’s cultural norms.

It’s been 13 years since I made Aliyah; 13 years since I experienced euphoric bliss as I sang “Am Yisrael Chai” with those soldiers. I’ve had moments of doubts when I wondered why my wife and I didn’t go west instead of east and settle in Northern California. And there have been heartwarming profound moments where I realize that making Aliyah has been the most meaningful and important decision of my life.

These powerful emotions inspired me to publish a book about the unique and colorful Aliyah experience. Becoming Israeli is a collection of blogs and essays written by more than 40 English-speaking Olim (immigrants to Israel), who together give an inside look into the never-ending joys and challenges, inspirations and frustrations that are part and parcel of the Aliyah experience. The book is also, in my humble opinion, a peek into one of humanity’s most incredible stories — the story of the Jewish people returning home.

Akiva Gersh is the editor of Becoming Israeli (www.becomingisraeli.com), a compilation of blogs and essays that speak of the inspiring and the sometimes wacky and crazy experience of making Aliyah. Akiva and his wife Tamar made Aliyah in 2004 and live in Pardes Hannah with their four kids. He teaches Jewish history at the Alexander Muss High School in Israel in Hod HaSharon. He is also a musician and in 2010 formed Holy Land Spirit, an uplifting and spiritual musical experience for Christian groups visiting Israel.