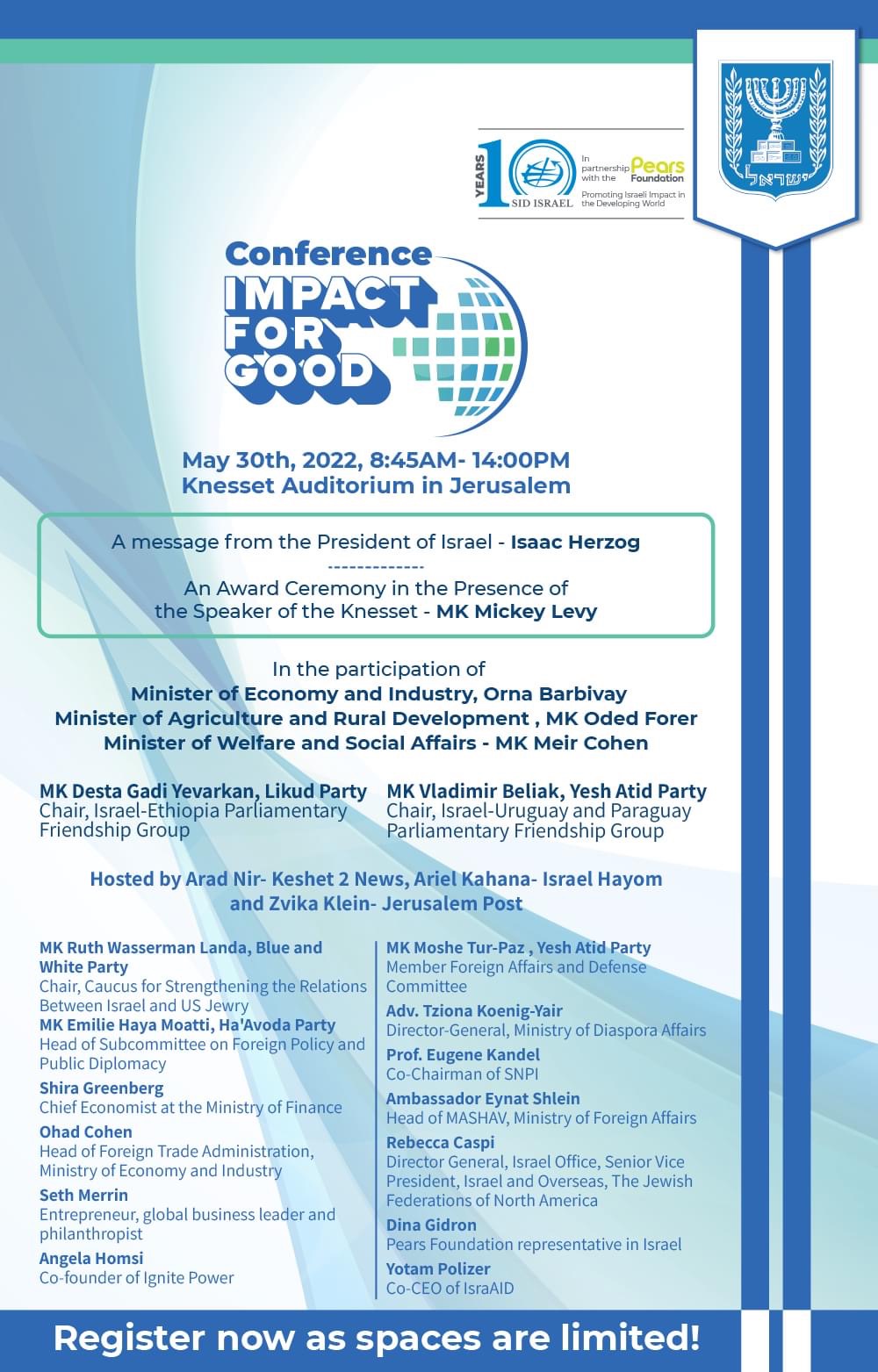 The “Impact for Good” conference is a joint initiative of Society for International Development (SID) Israel and the parliamentary lobby for Israel’s positive impact in the developing world.

The planned conference is in the framework of SID Israel 10th anniversary, and it will be a day conference that will focus on economic, diplomatic, and political aspects of Israeli action in the developing world, and on the way Israeli innovation can address global challenges and create cooperation between Israel and the World Jewry around the value of “Tikkun Olam”.

Senior journalists such as Arad Nir, Tzvika Klein and Ariel Kahana will also be in attendance.

There will also be a message from the President of Israel.

For More Information and Registration

For More Information and Registration